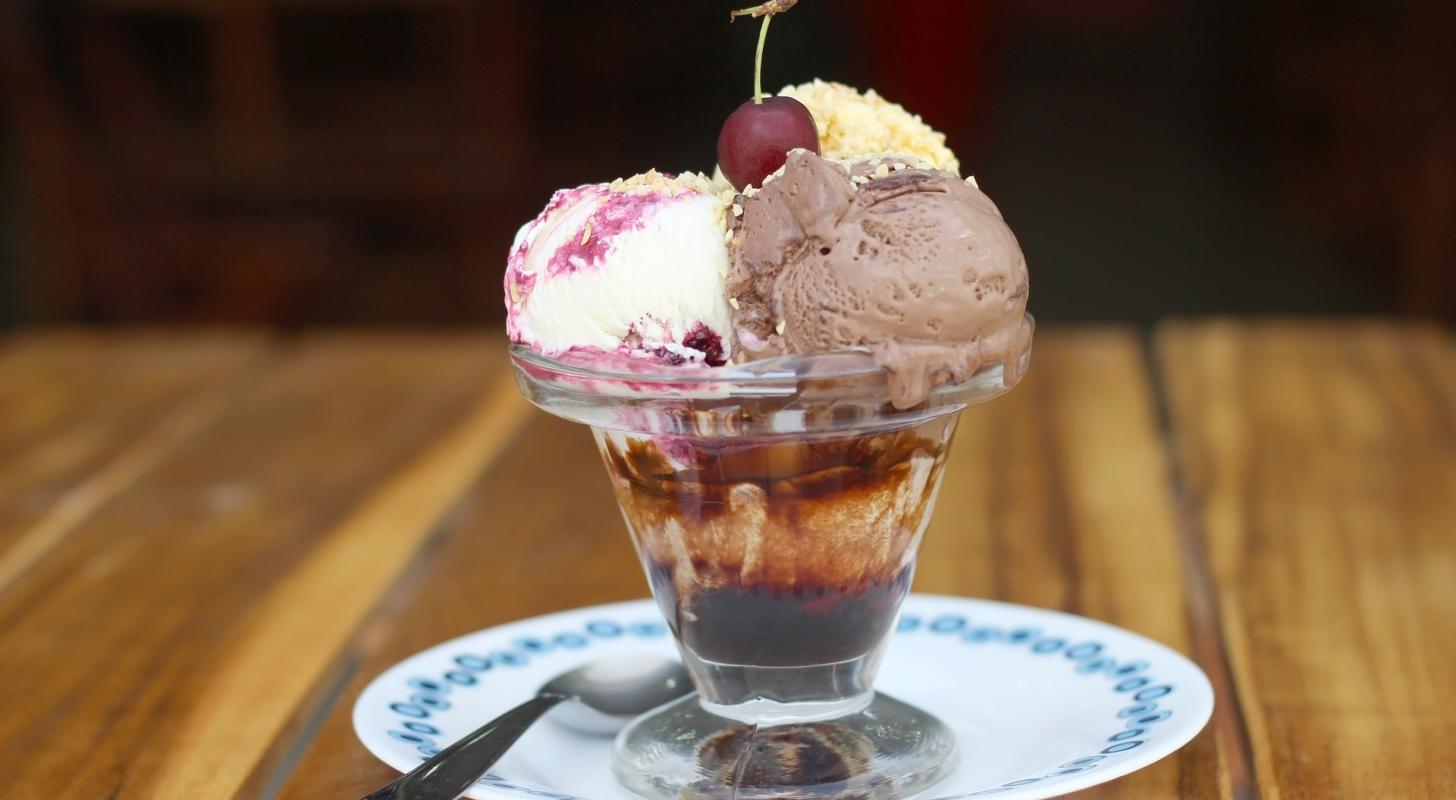 July 17 is National Ice Cream Day, a commemoration signed into law in 1984 by President Ronald Reagan via a proclamation that declared ice cream to be ‘‘a nutritious and wholesome food enjoyed by over 90% of the people in the United States.’’

While some dietitians and nutritionists might quibble over that “nutritious and wholesome food” business, ice cream is certainly enjoyed, especially in the hot days of summer. And weirdcore devotees are eager to go beyond the anodyne prisons of vanilla and chocolate for ice cream flavors of a more daring variety. For the benefit of that daring crowd and those who secretly wish they could openly join them, here are the 10 weirdest ice cream flavors to cool your palette and tickle your perverse fancy.

Horse Flesh Ice Cream: This really shouldn’t be that weird, since horse meat is not uncommon outside of the U.S. The Atticus in Japan blog first reported on this Japanese offering in 2007, noting the company behind this equine-flavored treat was also peddling chicken ice cream, shark fin and noodle ice cream, whale flesh ice cream, goat ice cream (made from goat’s milk and goat meat), oyster ice cream, abalone ice cream, spinach ice cream and lettuce and potato ice cream.

Cicada Ice Cream: Those noisy summertime insects inspired this limited edition treat in 2011 from Sparky’s Homemade Ice Cream in Columbia, Missouri, which consisted of boiled cicadas coated in milk chocolate and dipped in brown sugar before being mixed into a brown-sugar-and-butter-flavored ice cream. This treat was a smash until Missouri’s City of Columbia/Boone County Department of Public Health and Human Services stepped in and forced the premature termination of this product because cicadas were not covered under local food codes.

Gin And Tonic Ice Cream: Who said that ice cream was only for kids? The restaurant Vioko in Barcelona, Spain, gained notability with a lime-tinged dessert made from a popular cocktail, thus ensuring that mealtime was wrapped on an invigorating and intoxicating note.

Irish Brown Bread Ice Cream: This uniquely Irish creation is the creation of Murphy’s in Dingle, which assured diners that the locally sourced brown bread “goes into the oven with muscovado sugar for 8 hours to caramelise, only then is it ready for our ice cream.” Celtic carbs and ice cream fans, enjoy!

Whiskey And Prunes Ice Cream: Really, how often does “whiskey” and “prunes” get mentioned in the same sentence, let alone with “ice cream”? According to Travel + Leisure, this concoction from Australia’s Simmos Ice Creamery offers a “mascarpone-based ice cream flavor uses whiskey-soaked prunes, which give the treat a sort of rum-raisin flavor.”

Olive Oil Chocolate Eggplant Ice Cream: What, what and what? The Brooklyn-based Morgenstern’s served up this unlikely combination in May, but the New York Post gave it two thumbs down by claiming the “egregiously inappropriate eggplant imparted a chalky taste and clunky texture to the otherwise fine chocolate.”

Miz Jelena’s Sweet Potato Pie Ice Cream: We don’t know who Miz Jelena was, but Unilever’s UL Ben & Jerry’s introduced this unlikely concoction in 1992, promising that it could “recreate a treasured southern side dish as a delectable pint.” One year later, this unlikely effort was banished to the brands “graveyard” of failed experiments, with its creators admitting that “we may have reached a little too far, and this ginger ice cream with a fudge swirl didn’t stick.”

Red Beet, Rose Water, Honey, Goat Cheese And Goat Milk Ice Cream: Food blogger Nik Sharma unleashed this unlikely concoction in 2015, admitting it was a “hard one to name, too many ingredients that stood out and deserved a mention.” Sharma stated this unlikely creation offered a happy surprise in its hue because the “red pigment known as Betalain in the beets, it started off as pink but turned red after the ice cream base was removed from the hot stove and then went back to pink as it cooled down. I know the pigment color is pH sensitive (acidic/alkaline environments) but this temperature effect was new to me.”

The Gold Ice Cream Cone: Unlike other eateries that focused solely on the ice cream, the California chain Snowopolis released a 24K pure gold ice cream cone in 2018 that was created by pre-spraying a waffle cone with edible gold dust, filling it with vanilla soft serve ice cream and coating it with 24K tinfoil-like gold leaves. The offering sold at $15 per serving, but there was a drawback since the gold used in the product was not absorbed into the digestive system, thus offering no nutritionally-rooted ROI as the golden ingredients went the route not normally associated with most precious of metals.