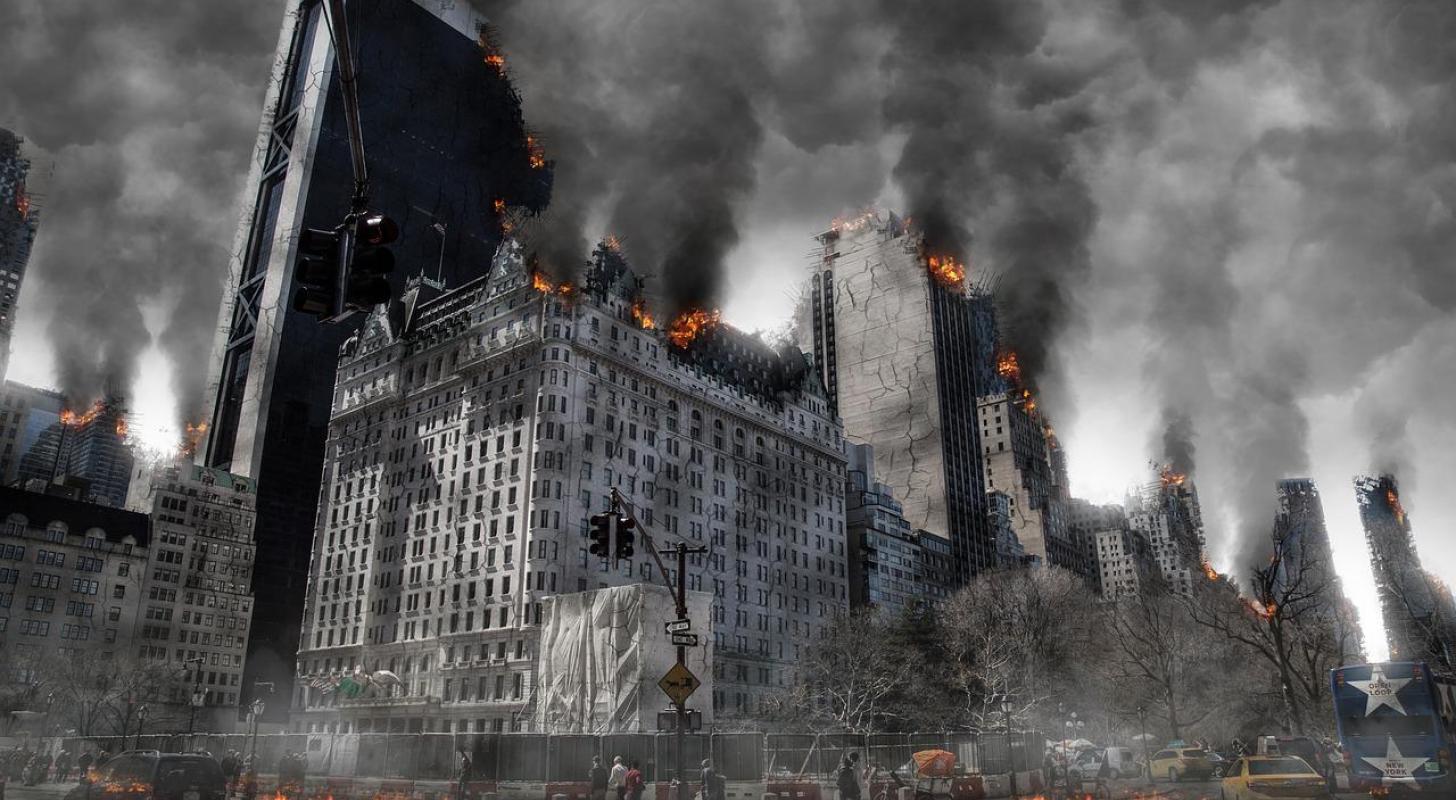 New York City is not lacking in problems: rising crime levels coupled with record-high retirements and resignations from its police force, skyrocketing housing costs, retailers struggling to pay hefty rents, a crumbling infrastructure and Lea Michele coming to Broadway in September to star in “Funny Girl” – okay, that last one isn’t quite in league with the other issues, but you get the idea.

However, the New York City Department of Emergency Management believes there is something more sinister than crime, more crushing than housing costs and more bombastic than Lea Michele – the threat of a nuclear attack. To address this hitherto unconsidered crisis, the department created an online public service announcement on how to respond in the event the Big Apple is targeted with nuclear weapons.

See Also: Trending On Twitter: Soaring Inflation Sparks Angst In Some, Calm From Others

How To Respond: According to the 90-second video, New Yorkers are advised to follow three key strategies:

• Get inside as quickly as possible. If you’re in a car, don’t stay – of course, trying to find a parking spot on the street might keep you outside longer than you planned.

• Stay inside, shutting all doors and windows. If you are in a building with a basement, get downstairs. And if you were outside when the nuclear attack occurred, remove your outer clothing and put it in a bag (preferably one that can contain radioactivity) and “shower with soap and shampoo” (as opposed to bathing in baked beans – after all, you’re not Ann-Margret in “Tommy”).

• “Follow media for more information,” said the PSA’s narrator, except it didn’t say which media or explain how New York’s news organizations would still be operating when the city is being incinerated. (Fortunately, Benzinga is headquartered in Detroit, far away from the Central Park bullseye, and if nuclear war begins prior to 12:00 p.m. ET than you can watch Aaron Bry on BenzingaTV’s “Benzinga Live” for updates regarding the nuclear war and Elon Musk – hey, we can’t have a day on Benzinga without mentioning him.)

Why This Is Happening: According to a Bloomberg report, a spokesperson for the Emergency Management Department admitted there was “no direct threat” of nuclear attack, a 2021 Global Strategy Group survey found only 12% of New Yorkers said they were prepared for “a radiological incident, such as a dirty bomb,” while 48% said they were prepared for a hurricane. This might not be that peculiar, considering hurricanes occur with greater frequency than nuclear wars.

Still, New Yorkers are a strong bunch who persevered through the harrowing nightmare of the 9/11 attacks and showed the world they will stand up to any enemy that comes across their path. Or, to paraphrase Lea Michele’s big number from “Funny Girl,” don’t bring about a nuclear cloud to rain on New York City’s parade.

See Also: Science Wednesday: Where To See Comet K2 As It Passes The Earth