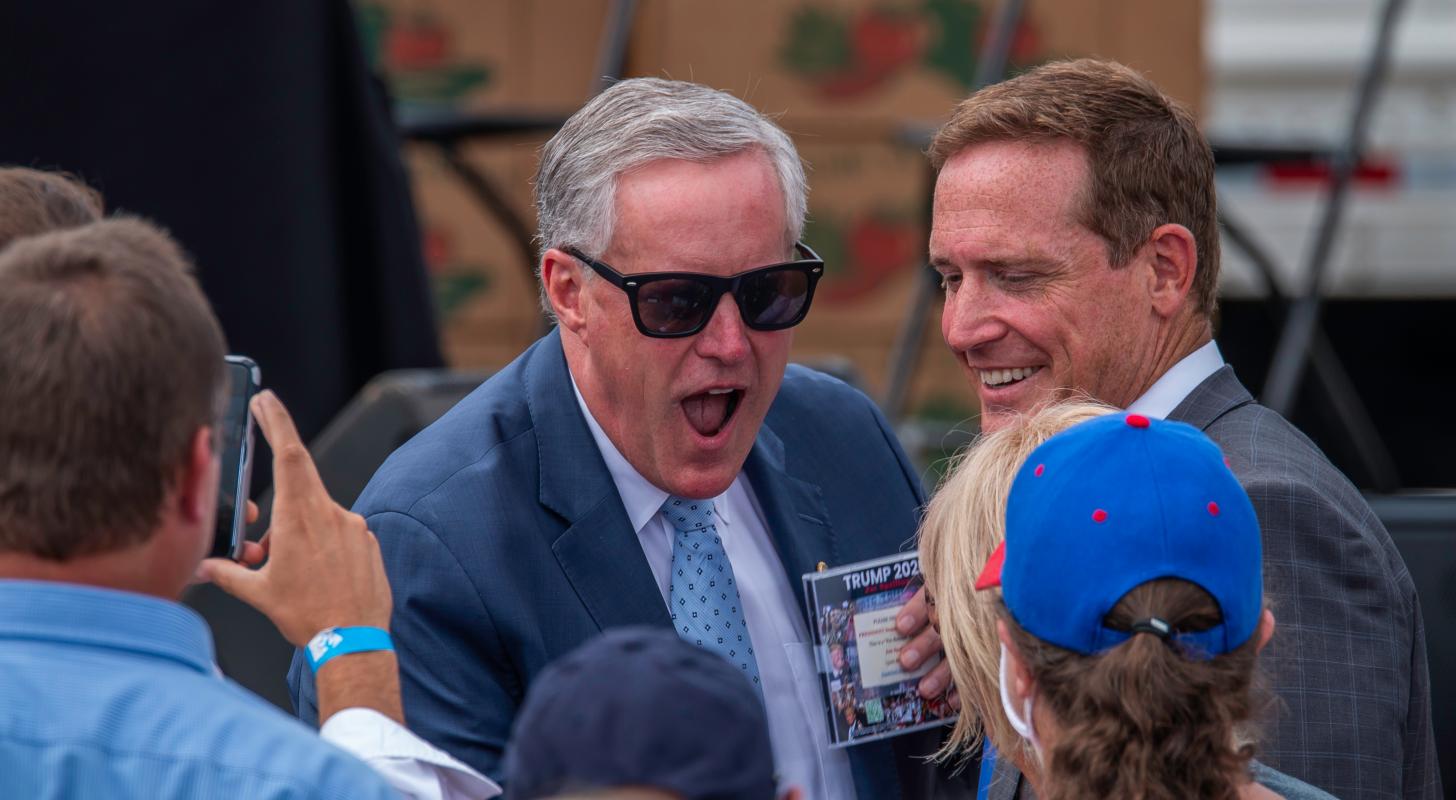 A legal advisor to former President Donald Trump said that Mark Meadows is going to get “pulverized” in the backdrop of Jan.6 committee hearings.

What Happened: The former White House chief of staff was painted to be the fall guy by Trump’s inner circle, reported Rolling Stone, citing eight people familiar with the matter, who are still working with Trump on his legal defense or are in regular contact with the former U.S. leader.

The advisor said, “Based on talking to [Meadows in the past, it felt like] he doesn’t actually believe any of this [election-theft] stuff, or at least not most of it. He was obviously just trying to perform for Trump, and now he’s maybe screwed himself completely,” reported Rolling Stone.

“Everyone is strategizing around the likelihood that Mark is in a lot of trouble,” said a lawyer close to Trump, according to the report.

Why It Matters: Some former colleagues of Meadows hold grudges against him and hold him responsible for the spread of COVID-19 in the White House towards the end of the Trump era, noted Rolling Stone.

Trump’s team has explored legal strategies if Meadows were to face criminal charges resulting from events that took place during the Capitol Hill insurrection, three people familiar with the matter told Rolling Stone.

Last month, the U.S. Justice Department declined to charge Meadows with contempt of Congress for refusing to comply with subpoenas by the committee, reported The Guardian.

Trump reportedly told his associates he didn’t know what Meadows was doing during the months leading up to the riot or after his time in office ended.

Meadows’ aide, Cassidy Hutchinson, recently told the committee investigating the Jan. 6 riots that Trump tried to drive the presidential limousine to the Capitol after he was told by the Secret Service he was not being taken there.

Hutchinson also told the committee that Meadows was warned that rally goers to the national mall were armed but he shrugged it off, reported Rolling Stone.

Read Next: Donald Trump Exploring Second Presidential Run As ‘Get Out Of Jail Free’ Card: Reports

Photo via Jeffery Edwards on Shutterstock