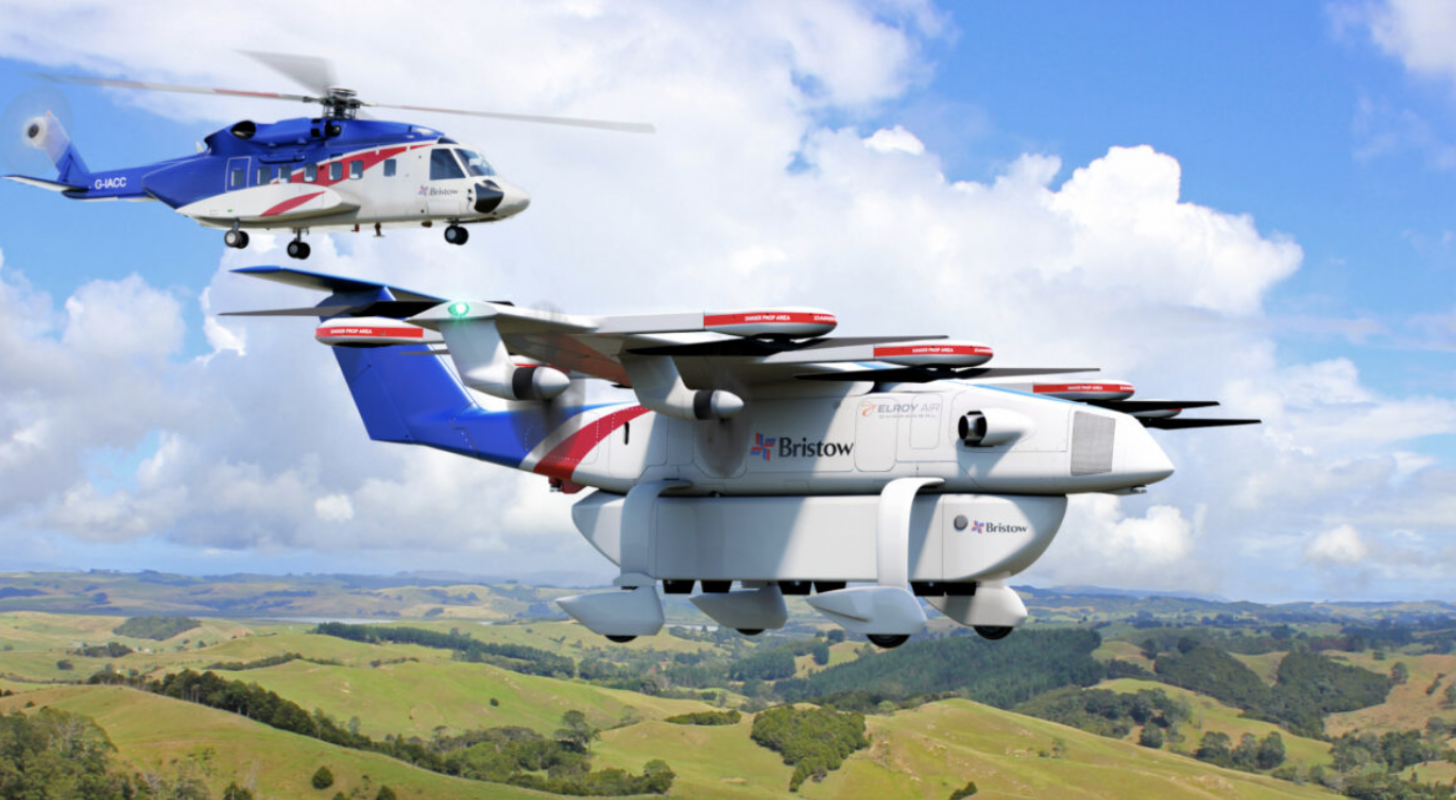 Houston, we have liftoff.

Bristow Group VTOL, a Houston-based vertical flight services provider that operates drone delivery services in the region, has signed a letter of intent with drone firm Elroy Air to pre-order 100 of its autonomous, hybrid-electric Chaparral aircraft.

Bristow plans to use the Chaparral to move time-sensitive cargo for logistics, health care, energy and other applications. It will be the first vertical take-off and landing (VTOL) drone dedicated to cargo to be introduced to the company’s fleet.

“We plan to use the Elroy Air Chaparral aircraft to fill an increasing demand for the movement of time-sensitive cargo for logistics, health care and energy applications,” said Dave Stepanek, executive vice president and chief transformation officer of Bristow.

“Bristow has 70-plus years of experience moving people and cargo. We expect to leverage that experience to usher in a new era of vertical lift operations and meet the express shipping cargo needs in cities and regions without relying on existing or new airport infrastructure.”

The earliest production version of the Chaparral will be able to carry an impressive 500 pounds of cargo. Using a hybrid-electric powertrain and vertical and forward propulsors, the aircraft has a range of over 300 miles, allowing it to complete longer trips than a typical delivery drone.

The Chaparral’s cargo hold is large and fully detachable, allowing for easy loading and unloading. The aircraft can even autonomously pick up or drop off the cargo hold within a 50-foot landing square. At the same time, it still can be remotely piloted for easier compliance with aviation authorities.

Bristow will add the Chaparral to its fleet, which operates in the U.S. in Texas, Louisiana, Alabama and Arkansas. The firm also has operations worldwide in the U.K., Australia, Brazil, Nigeria, Norway and several other countries.

“The response and excitement around the Chaparral and problems it can address have been amazing over these last few months since we unveiled the aircraft,” said Kofi Asante, vice president of business development and strategy for Bay Area-based Elroy Air.

“The Chaparral was built for the challenges we’re facing today. Demand for rapid logistics is outpacing today’s infrastructure. The Chaparral creates a ‘fast-lane’ for middle-mile logistics to an unprecedented range of locations that can serve remote, rural areas and can fly over rough terrain.”

Bristow’s letter of intent is just Elroy’s latest purchase agreement. Already, the company has committed to supply 900 Chaparral aircraft to commercial, defense and humanitarian customers. It also recently signed a deal with FedEx that will allow the carrier to test the Chaparral as soon as 2023.