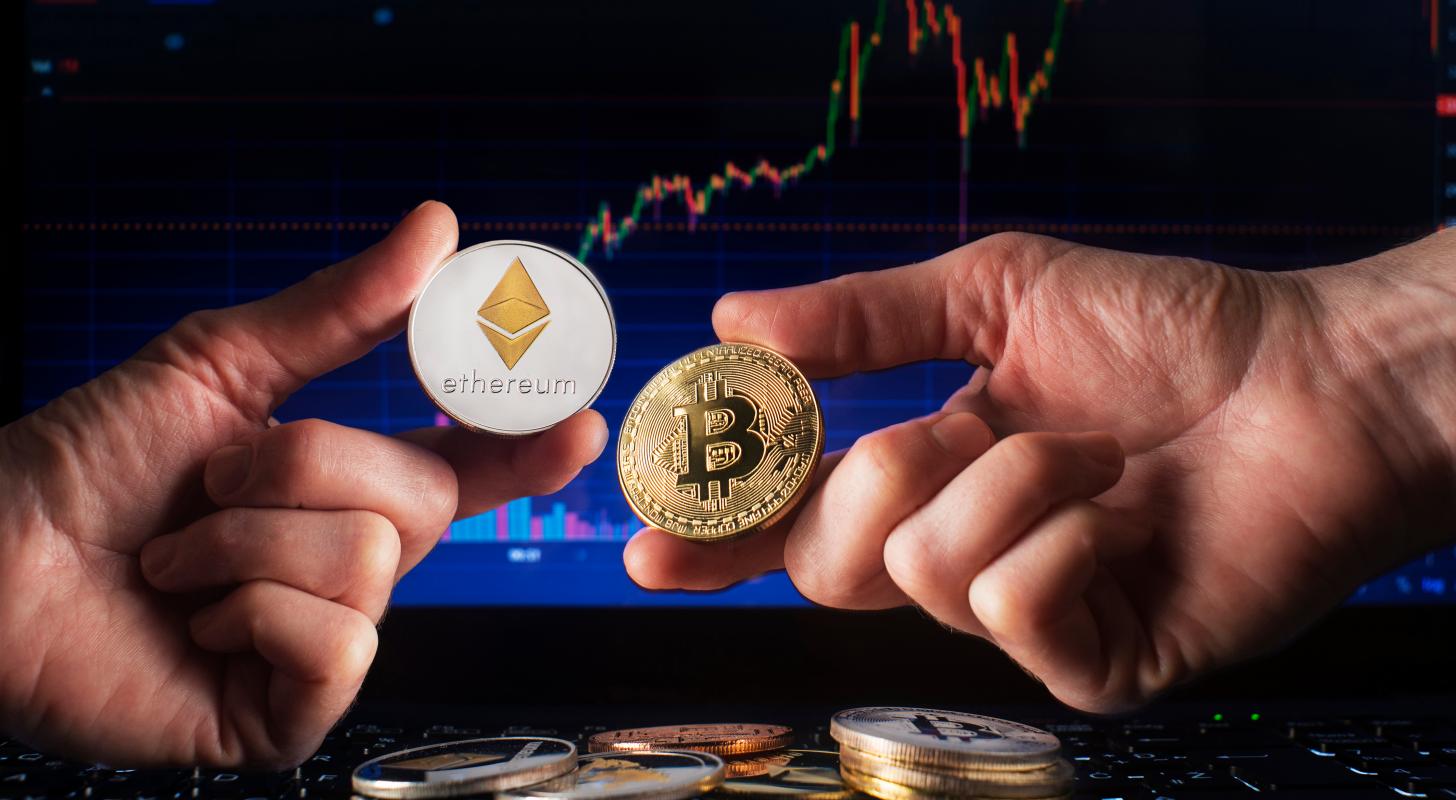 Major coins rallied on Monday, with the global cryptocurrency market crossing the psychologically important $1 trillion mark. At press time, the market capitalization of all cryptocurrencies rose 7.9% to $1.03 trillion.

Why It Matters: Among the major coins, Ethereum’s rise was more dramatic on Monday as it crossed the $1,500 mark for the first time since June 12. The second-largest coin by market cap shot up 17.2% intraday and is up 44.8% for the week.

Last week’s deployment of Shadow Fork 9 has ushered in the buzz around “The Merge” or Ethereum’s transition to the proof-of-stake protocol from its current proof-of-work model.

“We believe that the switch to proof of stake was originally largely motivated by environmental concerns, at a time when there were no alternatives to Ethereum.”

“Now there are, and by and large, they offer a better value proposition than good old ETH. So while Ethereum changed the world and smart contracts showed us the way to more efficient business processes and much else, I think we’ve reached a bottleneck,” said Hiesboeck, in a note seen by Benzinga.

Meanwhile, on-chain data shared by Glassnode on Twitter indicates that 56% of Ethereum’s total supply is now in profit after hitting a low of 41% prior to the current rally.

Over the last month, almost 7.8% of circulating supply of $ETH has transacted on-chain, and changed hands.

The total $ETH supply in profit has now increased to 56%, after hitting lows of 41% prior to the current price rally.

Traders have “little belief” in the current rebound in Ethereum, tweeted Santiment. The market intelligence platform, however, said that the average return of 30-day traders has surged to 28%, which is the highest since August 2021.

#Ethereum‘s return above $1,500 for the first time since June 12th appears to be happening as the crowd has little belief in this rebound. Despite this, the average $ETH return of 30-day traders has ballooned to +28%, the highest since August, 2021. https://t.co/KsTbw9Iaev pic.twitter.com/7oqdGgK9pB

On the recent rally, Edward Moya, senior market analyst at OANDA, said, “Cryptos are starting to look attractive now that the economy is looking a little better as expectations for Fed tightening eased.”

“If Bitcoin continues to stabilize here over the next two weeks, the crypto winter could be over. Market positioning became extreme and that could allow for the bottom to have been made if the institutional money buys in.”

Michaël van de Poppe said the apex coin faces resistance at the $22,000 mark and reminded his Twitter followers that 10 months ago Bitcoin was at the $69,000 mark.

Does my thesis change completely about the fact that it’s very likely to see #Bitcoin break upwards?

No, we’ve witnessed a strong move past days and that needs to slow down.

Nothing goes in one line.

“We’ve witnessed a strong move past days and that needs to slow down,” said the Amsterdam-based cryptocurrency trader.

Trader Justin Bennett said that while the cryptocurrency pump over the weekend was “fun,” digital assets will still need “help from stocks if it wants to continue higher.” He pointed out that the S&P 500 attempted a breakout on Monday but “bears said no.”

Crypto pumping on the weekend is fun and all, but it will need help from stocks if it wants to continue higher.

Read Next: Here’s How Much You’d Have If You Invest $100 In Ethereum Classic Today And It Surges Back To All-Time High

Photo by DUSAN ZIDAR on Shutterstock