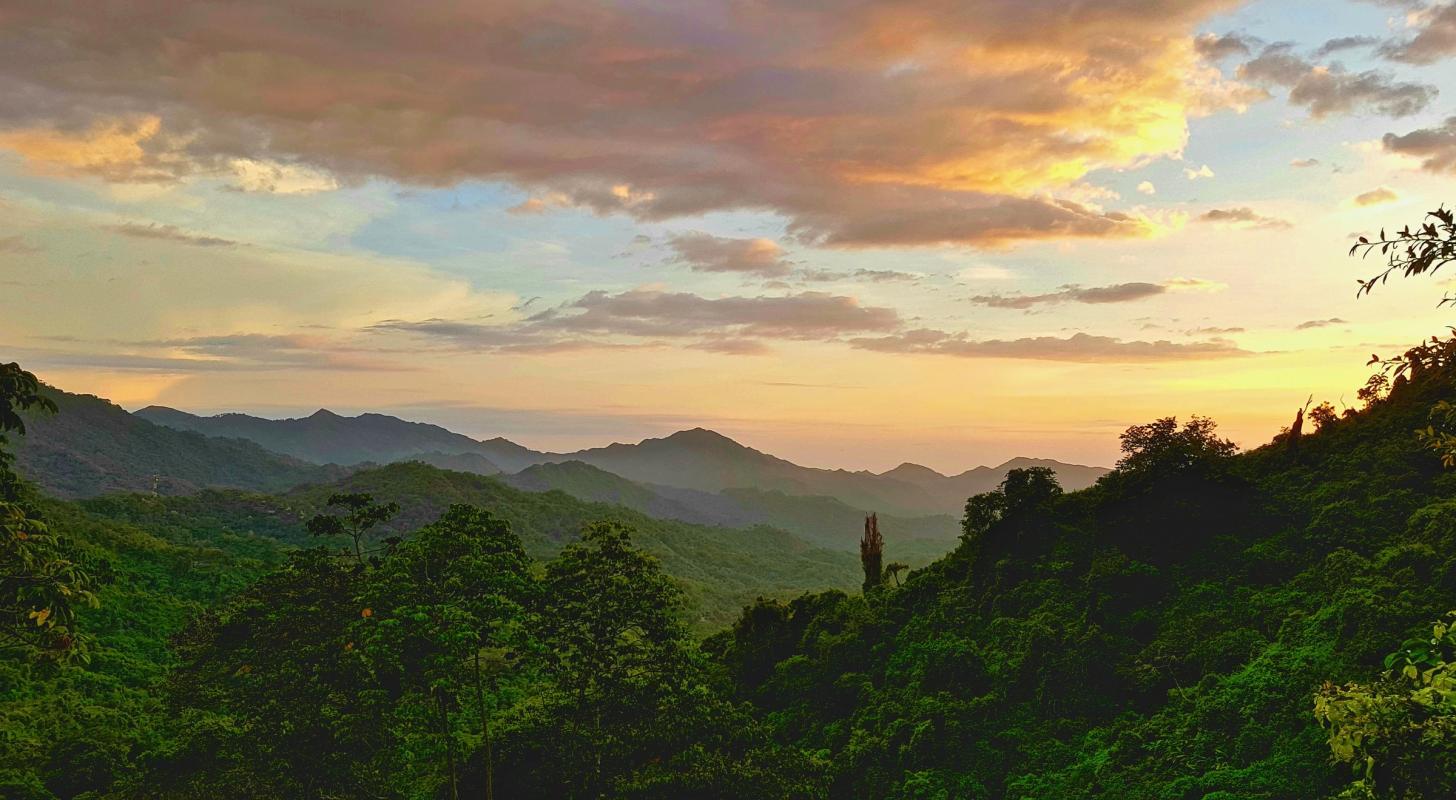 On Wednesday, Colombian Senator, Gustavo Bolivar, filed a bill to legalize adult-use cannabis in the South American country. In 2020, Senator Bolivar tried to legalize the consumption of marijuana but his bill did not have the support of the majority in Congress.

Now, with a new Congress and cannabis-friendly President-elect, Gustavo Petro, Senator Bolívar assured that the new project will be approved.

“On July 20 he presented again the Bill that regulates Marijuana for adult use. With our majority, we are going to approve it. We will stop killing ourselves for a plant that in the USA produces 25,000 million dollars/year and improves the health of the consumer,” Sen. Bolivar tweeted on July 6, 2022.

A New Chapter In The History Of Colombian Cannabis

The purpose of the new legislation is to create a regulatory framework for the cultivation, production, storage, transformation, marketing, and use of cannabis and its derivatives for adult use.

According to Luis Merchan, Chairman and CEO of Flora Growth Corp. FLGC, the largest cannabis operator in Colombia, there is a social and political momentum building up in the country around the legalization of cannabis for adult use.

Merchan noted that Petro’s party, Pacto Historico, now has the majority in Congress. “Clearly President Gustavo Petro is the leader of the party and clearly there is a lot of optimism, [this is] a positive momentum towards the legalization of a cannabis use framework for adult use,” Merchan told Benzinga.

For Lucas Nosiglia, president for LATAM at Avicanna Inc. AVCN, the project opens a new chapter in the history of cannabis in Colombia. He thinks that, by virtue of the support that Petro has, the bill could pass, animating a profound debate that has been pending since medical cannabis was legalized in 2016. “The big difference now is that society has been in touch with the industry for six years. It is a society that understands the benefits that the plant brings,” Nosiglia said.

The Timing Seems To Be Right

Nosiglia considers the change in legislation necessary to guarantee informed and safe access to patients. In addition, from an economic perspective, Nosiglia stressed that the project could boost the sector, which today lacks internal demand, and “support many companies that have been investing for years in stabilizing and registering their genetics, and complying with regulations.”

“If approved, the law will allow international operators to take an interest in Colombia. There are not many countries that allow adult use, and Colombia will be a pioneer. Although this is the case in Uruguay, where cannabis for adult use is legal, what [Senator] Gustavo Bolivar proposes is broader and more dynamic, so there will surely be an interest from North American operators to create alliances and take advantage of this opportunity in Colombia,” Nosiglia said.

Nosiglia explained that the law would allow the diversification of industrial activity in the country and the expansion of retail distribution channels, which are currently limited. “Everything that is produced today in Colombia could be sold as something else than exports [of biomass] or extracts, as smokeable flowers, for example,” Nosiglia added.

Merchan added that if the bill passes, it would help companies like Flora to export cannabis for adult use and amortize their investments. “Colombia has more than 25 million people who can potentially use cannabis for adult use. And that is going to be important since very few companies at this time have had the opportunity to monetize the investments they have made. So it would be a step of really exponential economic benefit and very positive for the industry,” Merchan said.

Merchan noted the market is extremely competitive and is growing exponentially, while the industry is going through a period of consolidation, which means the large companies in Colombia, are “currently either looking for strategic allies abroad or trying to find cash mergers to continue operating, since they have not been able to activate the sales the way they hoped.”

Flora has been able to accelerate its sales, through the development of brands and products and strategic alliances that provide the company with a competitive edge. “We already have more than 500,000 clients who buy our products daily, we are distributed in more than 15 countries and I believe that the difference between the competition in Colombia and us, is that Flora Growth is now looking for small and medium-sized companies, small and medium-sized growers, indigenous tribes within the country, to help them maximize their business, and benefit economically.

Merchan highlighted that the legalization of cannabis could have a multiplier effect on the economy and reactivate economic sectors that were heavily impacted by the pandemic of COVID-19, such as tourism.

“Cannabis tourism is going to generate a very important source of income. There is an ancestral knowledge that has been passed down generation by generation in the cultivation of marijuana within Colombia. These are crops that have other processes that are a little different than the processes for [making] pharmaceutical cannabis. With legalization, we can activate this type of knowledge and offer this type of product to tourists. Clearly, this is going to be a very big opportunity for sectors such as food and functional beverages and alcoholic beverages with psychoactive infusions, all these categories are going to experience significant disruption and growth if the bill is approved,” Merchan said.

Merchan also referred to the channels of retail distribution delineated by the bill, like dispensaries, which will be private and state-owned, and cannabis clubs that will operate as non-profit organizations. “These two models are going to give an opportunity to small growers to put their products on the market and receive the attention they already have on the informal market,” Merchan continued.

The issue of market size is a long-standing concern of multinational cannabis operators that end up subsidizing national production because either there is no access guaranteed or they have to compete with the illegal market. On this, Merchan said the bill encompasses regulatory standards similar to those that have been implemented for pharmaceutical cannabis, “without compromising the idea of ​​being able to grow cannabis the way it has been grown for 100 hundred years.”

“Traceability is one of those requirements. Also the cultivation methods, the pesticides that are being used, and also to make sure that in terms of packaging, in terms of labeling, fairly robust requirements are met. So there’s going to be a pretty clear distinction between the legal market and the illegal market. Once there is access, the population is going to turn to a product that they know is safe, that they know has been grown with healthy and safe farming methods, and that they are not using pesticides or chemicals that are harmful to the body. And that way investors are going to be protected when they are competing with a black market,” Merchan concluded.

In June President-elect Petro published his government plan. As reported by El Planteo, Petro plans to give a special boost to the cannabis value during his term.

Petro’s government program maintains that the war on drugs has failed. “The country needs to move (…) towards a concerted international agenda based on human rights and the construction of peace, the economic transformation of productive environments without criminalizing growers, the protection of nature, regulation, judicial subjugation of criminal organizations, and the approach of consumption as a public health problem,” reads the text of the government program.

According to the program, cannabis production and derivatives will have a legal framework that privileges permits and commercial technical support for producer families, ”ensuring that small owners and producer cooperatives participate in the market and that safe distribution is guaranteed in marketing for the consumer and an important collection of taxes for the State.”

If passed, the Law would create the Colombian Institute for the Regulation of Cannabis (ICORECA), which will regulate and coordinate the implementation of the national policy regarding the import, export, planting, cultivation, manufacturing, production, acquisition under any title, storage, transportation, commercialization, transformation, distribution and use of the cannabis plant and its derivatives. In addition, the Law would grant jurisdiction to the Ministry of Justice and Law, the Ministry of Health and Social Protection, the Ministry of Agriculture and Rural Development, and the Ministry of National Education.

If the bill is turned into Law, the state will set a tax on cannabis for adult use. 50% of the resources derived from the tax would be allocated to the prevention of the consumption of psychoactive substances; 25% for crop substitution and sustainable development, and the remaining 25% for the operation of the Institute for the Regulation of Psychoactive Substances. “The tax should be set in such a way as to avoid incentives for consumers to turn to the illegal market,” the bill clarifies.

The domestic cultivation of cannabis would be allowed, without a license, in private properties in a number not exceeding twenty units, as long as they are not for profit.

Cannabis dispensaries could be state-owned or private. State-owned dispensaries would have the obligation to offer affordable prices for consumers of different socioeconomic levels, in order to discourage the recurrence of consumers to the illegal market. Dispensaries cannot sell alcohol, tobacco, or pharmaceutical products and must have strategies to identify problematic consumption and recommend a path of attention to the consumer.

The State would enable authorized websites for the exclusive sale of cannabis and derived products, with strict protocols to verify that the applicant is of legal age. Likewise, they should comply with public health policies and prevention of substance use.

According to the bill, retail cannabis packaging will need to be resealable and child-resistant. In order to protect people from accidental consumption, the bill prohibits the manufacture and sale of cannabis-based products in the form of sweets, toys, or other forms that may be attractive to minors. Packaging may not be directed at or particularly attractive to minors or “suggest that using cannabis contributes to success in any area of ​​life.”

The packaging of retail cannabis products should have labels that inform the consumer about harm reduction policies and the possible risks and effects of the use of cannabis and its derivatives. Likewise, the label must clearly and visibly specify the type of cannabis, chemical composition, and the exact quantity of psychoactive molecules, according to the quality standards established by the Ministry of Health.

At the same time, the project regulates the broadcasting of cannabis content in the mass media. The promotion of adult consumption of cannabis and its derivatives in social networks, radio, television, cinema, newspapers and magazines, theatrical productions, and live events, would be prohibited.

The state would authorize associations of people of legal age who voluntarily wish to unite to consume, plant, and store cannabis, in the amount regulated by law. These associations would function as non-profit entities.